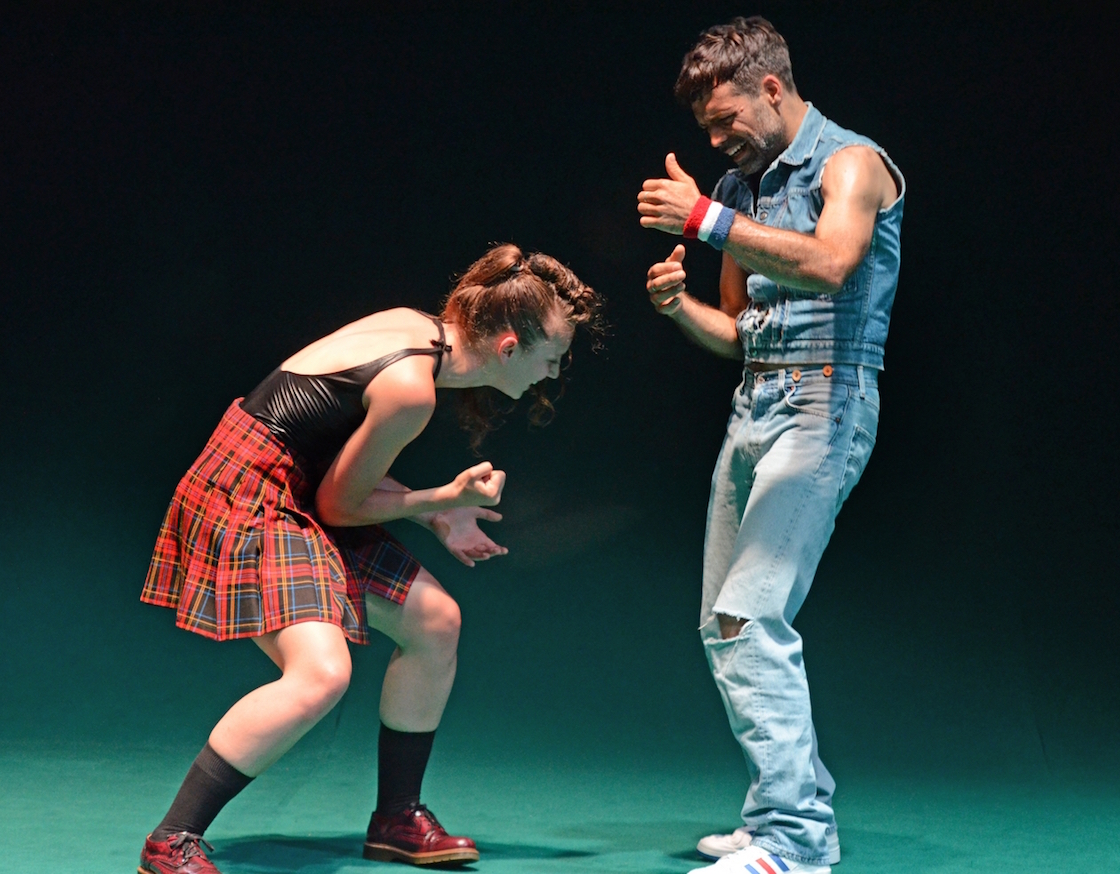 Five bodies meet at a locale without a name, perhaps even in the middle of the night. On the rhythm of the circumstances they slowly grow towards one another, the way trash sometimes gathers in a deserted street. But their synergy confers unexpected power on them. They coalesce in one of the most expressive manifestations of humankind: laughter. Resulting in an encounter that becomes a dangerous feast of shared ecstacy.

With AH|HA, Voetvolk moves on to the cutting edge of its investigation of the ecstatic body. The performance explores the wealth of plastic variations of the laughing body, making its physical and psychic impact tangible for the viewer.

Yet another gem of a masterpiece by the duo Gruwez & Van Cauwenberghe. This creation, too, impresses with the sizzling dialogue between the dancers and the sound artist. First, you experience the dialogue like you watch a sunset. You gaze, you see and hear more and more, while concurrently being wrapped up by the intoxicating soundscape, together with the dancers. Until the dancers laugh you out of that trance. Then this liberating AH/HA, brilliantly danced with brutal movements, reveals itself as a portrait, built up by pieces of laughter, of the human being grabbing, searching, dancing, fucking, wounding and laughing until the existential void is turned into love. ****

Gruwez triggers. While others remain stuck in a concept or a gimmick, she manages to drive home a simple and clear idea to the extreme, lifting it up to the point where you do not recognize it anymore as such, but evoking free-floating associations. (…) And her feeling for timing is unequalled: not one single scene, not one second too many or too few. The same holds true for the ingenious soundscape which, like the movements, knows subtle variations and follows the pattern of building up, climax and silence. AH/HA is the perfect symbiosis of soundscape and movement. A performance about loss of control that shows perfect command.

AH/HA, a truly choreographic trip, leads its actors into hypersensitive and precarious spaces. This piece amounts to nothing less than a fierce and deeply affecting saga.

Simultaneously funny, intelligent, delicious in its most minute detail, AH/HA is a meditation on the body, driven and affected by a transcending energy. In other words, it’s exactly the opposite of what a dance performance “should be”, regardless of its style, and a radical departure from the dancer’s viewpoint. The tour de force of this piece, without a shadow of a doubt, is the “double bind” which requires absolute mastery of motion, in order to emphasize that which the body cannot control. Magnificent!

The quality and fluidity that allow the emotions and sensations to merge seamlessly throughout this piece owe as much to the presence of the dancers as to the musical accompaniment, which is equally infused by the tone and its multitude of hues. Laughter, the main character in this piece, if shared, is after all the creator of a jubilant dance, which vacillates between the barely perceptible and the grossly exaggerated. A brilliant success…

SUPPORTED BY
NONA, the Flemish Community, the Province of Antwerp & Arcadi Île-de-France/Dispositif d’accompagnements 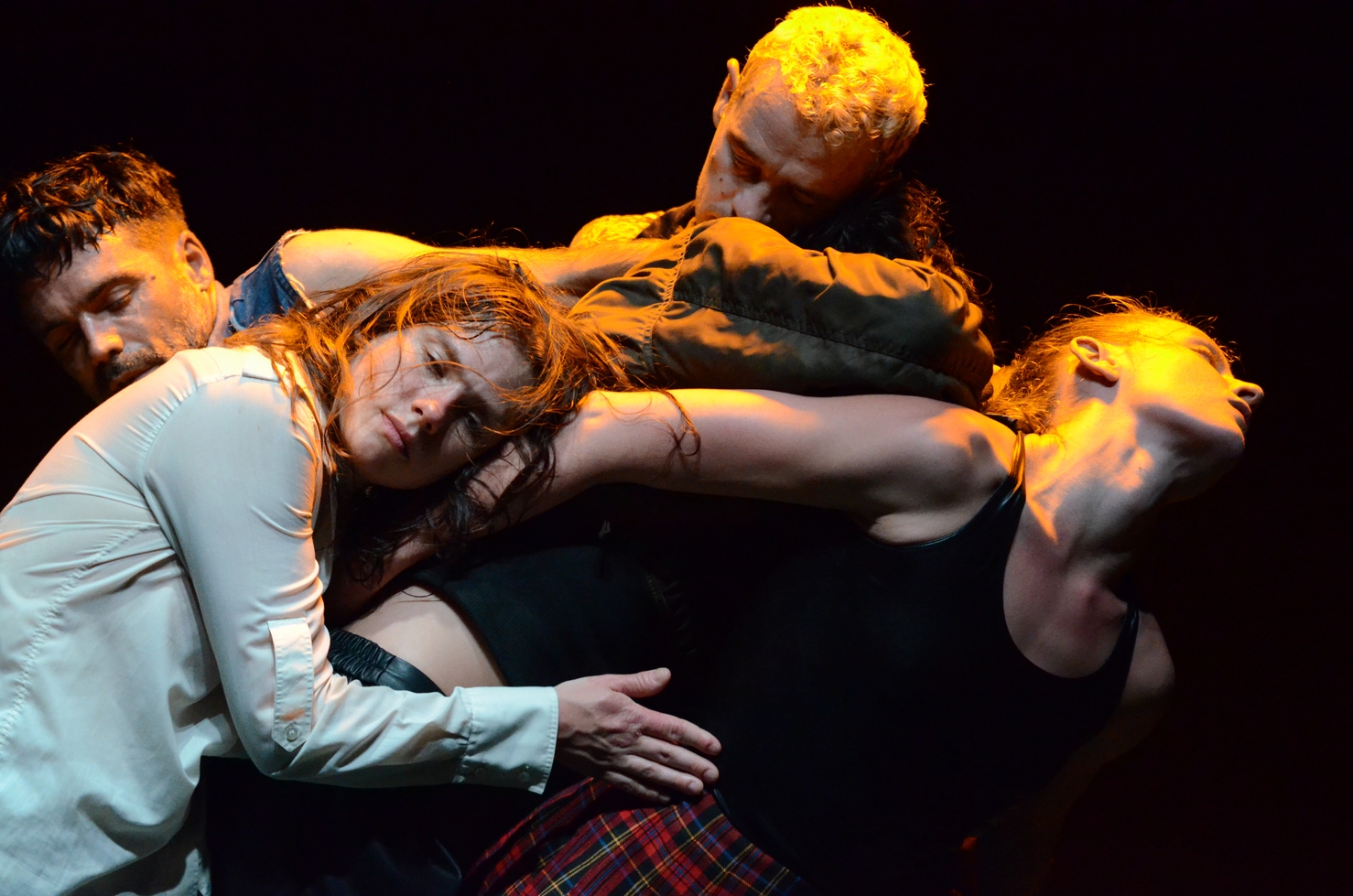 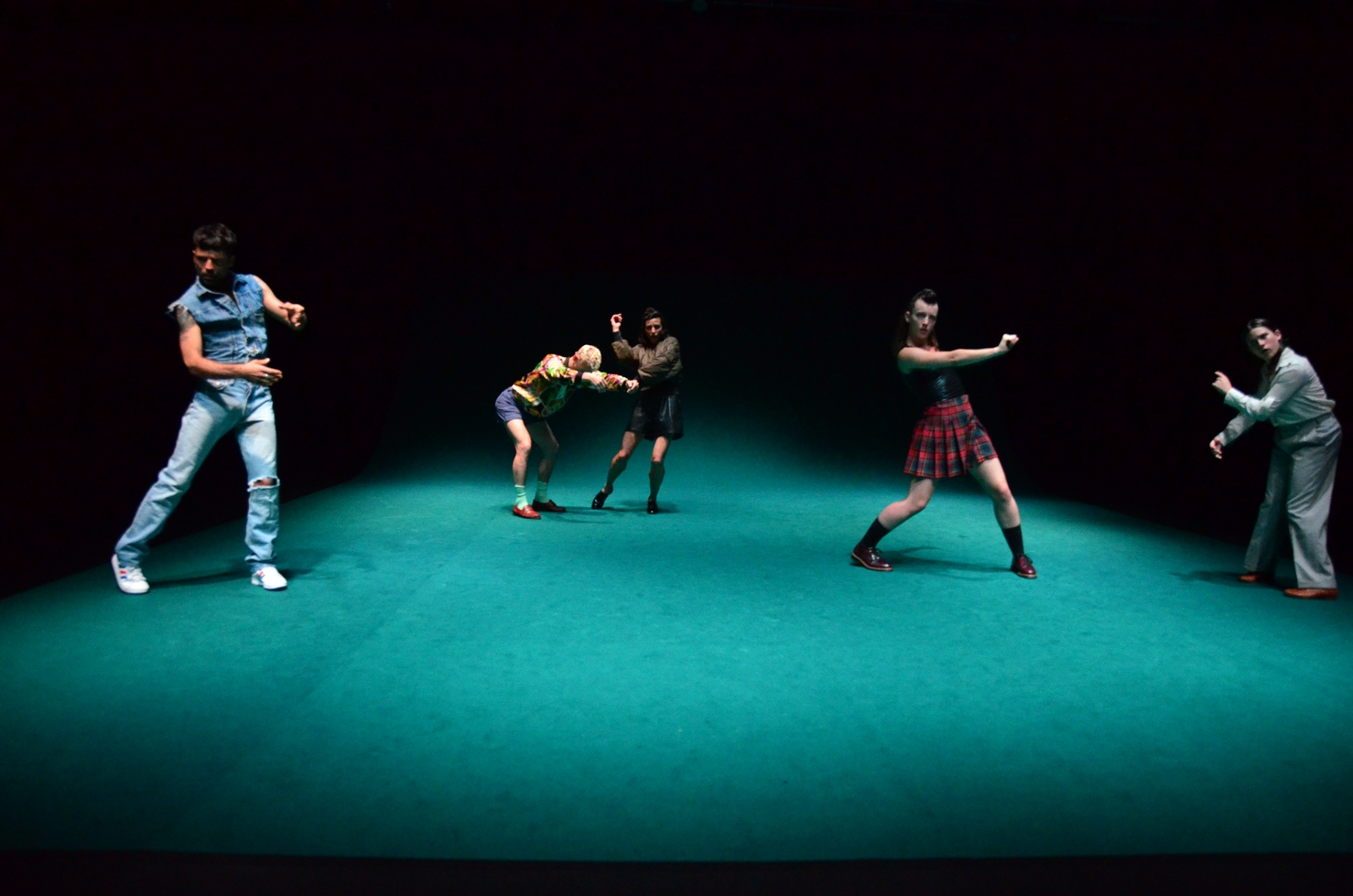 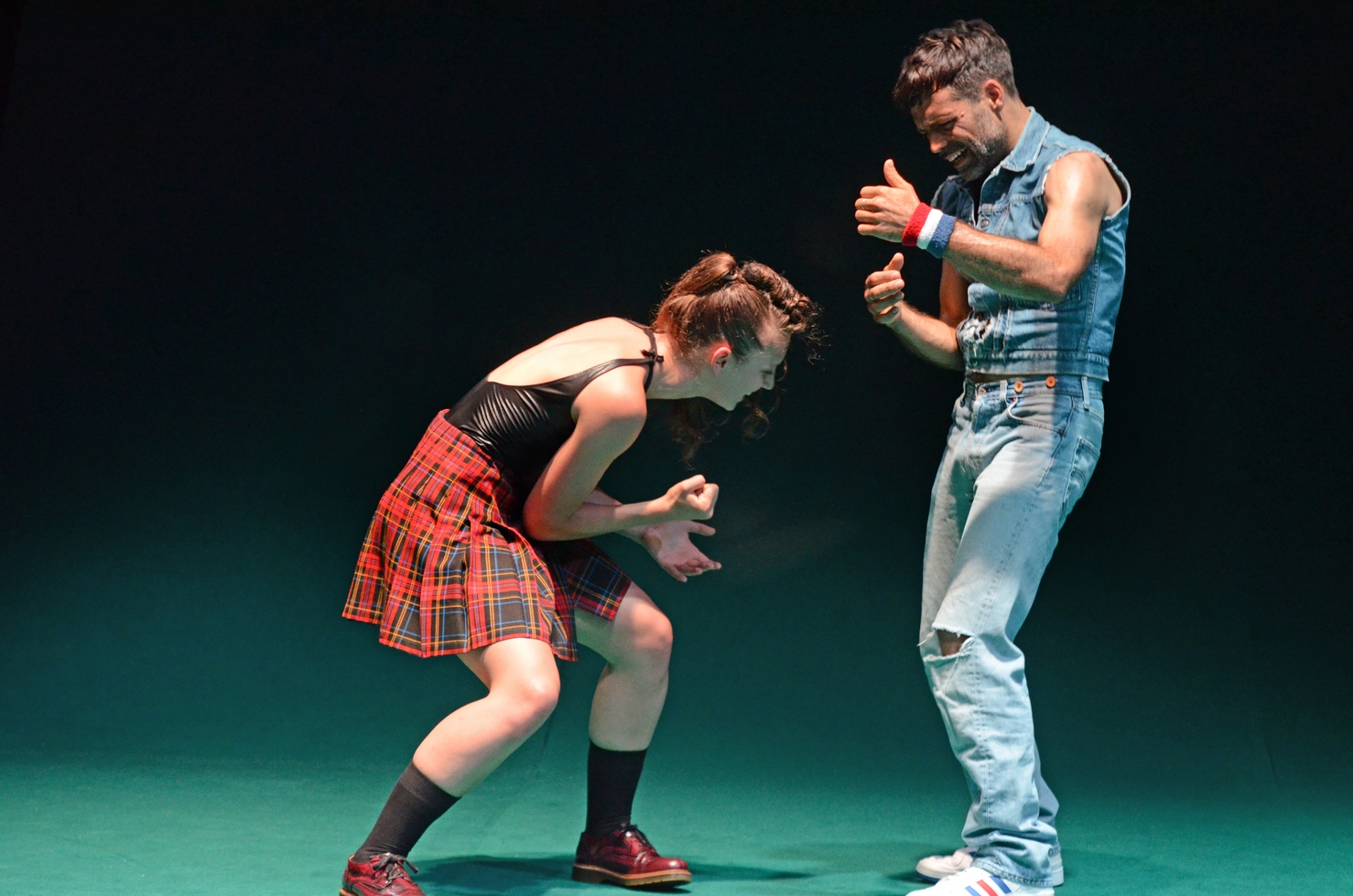 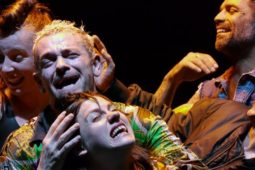 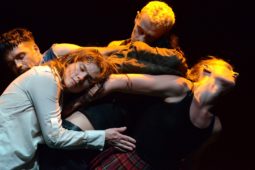 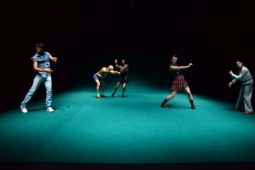 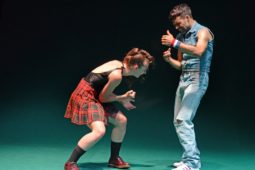